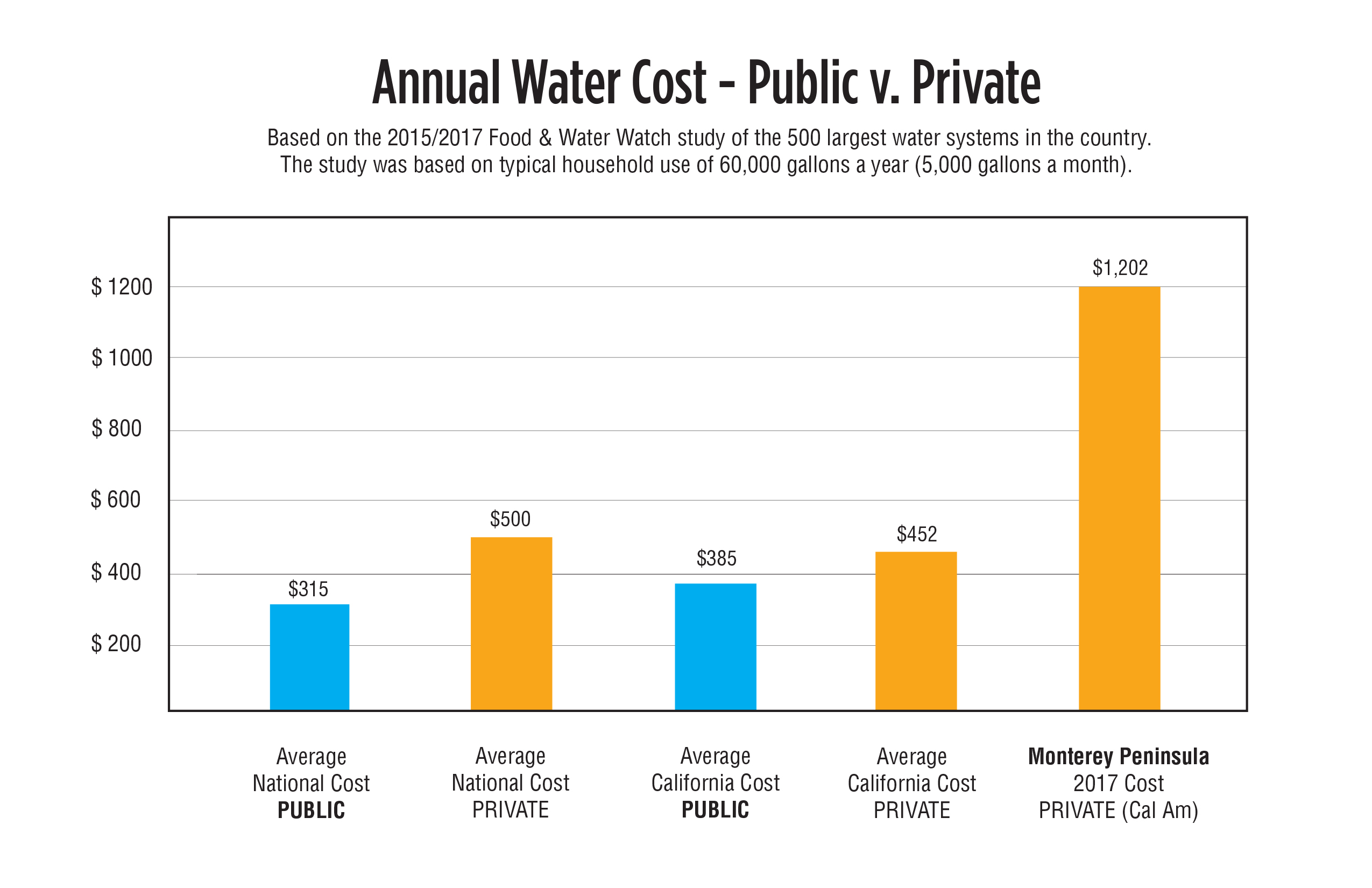 Why Publicly Owned Water Instead of Cal Am?

• The Monterey Peninsula has the most expensive water in the country according to the Food & Water Watch 2017 study.

• Cal Am charged ratepayers $64 million for water they did NOT use to make up for lost revenue after widely promoting conservation. They also charged us $34 million for three failed water projects.

• The Peninsula has seen a 68% increase in the cost of water over the past two years, with more increases scheduled, including the cost of slant wells, the Monterey pipeline, a reclaimed water project, a desal facility and more.

• Cal Am has overdrafted both of the Peninsula’s natural water sources. They were ordered to stop overdrafting the Carmel River in 1995. In the 22 years since that Cease and Desist Order (CDO) was issued by the State, Cal Am has implemented no new water supply projects to comply with the CDO.

• Cal Am is years away from a desal solution. The source water for its desal plant is not drawn from the ocean. Instead it’s a mixture of salt and fresh water drawn from a protected groundwater aquifer that belongs to Marina. Cal Am has no water rights to this groundwater. Litigation is highly likely to block their desal project.

• Currently 87% of households in the U.S. receive their water from publicly owned systems. Public ownership provides the best service for the lowest rate. Private ownership is focused on profit and providing the highest return to shareholders.

• The PWN initiative on the November 2018 ballot asks the Monterey Peninsula Water Management District to buy out Cal Am if they determine it to be feasible. Most of the present Cal Am employees would be retained to facilitate ongoing operations. MPWMD would also take responsibility for new water projects. They have implemented five new water supply projects since 1995.

• The money to buy Cal Am would come from the profit and taxes we now pay them. Cal Am takes $19 million in corporate profits and taxes out of our community annually. This money would be used to finance the bond to buy Cal Am.