Claim: Cal Am is worth $1 billion

Facts: Cal Am has typically estimated their value at about three times their selling price to scare off public buyouts. In the 2008 Felton buyout, Cal Am asked for $46 million, but sold for $13 million. In Ojai's recent public buyout, Golden State asked for $120 million and got $34 million. In Missoula, Montana, private owner Carlyle initially asked for $200 million, but the court ordered the sale at $88 million. MR Valuations was the appraiser in the Missoula case. They happen to be the same firm that appraised Cal Am at $1.04 billion.

The Measure J feasibility study will determine if we can afford to buy Cal Am. If the price is too high there would be no buyout. The process would stop right there. There is no blank check.

Public utilities are valued on their rate base. Cal Am’s rate base value is $125 million. Two times the rate base would be a typical purchase price for a corporate utility. Cal Am’s claim that they are worth a billion dollars is a scare tactic meant to make buying Cal Am seem impossible. In past acquisitions, their selling price was about a third of what was initially claimed. In the end, if a settlement is not possible, a court will determine a fair price in an eminent domain proceeding.

Cal Am’s claim that a public buyout would raise water costs is entirely based on their ridiculously inflated $1.04 billion dollar claim.

We can pay for Cal Am without raising water bills because bond payments to buy Cal Am would be paid in place of what we pay now to cover their profit and taxes. The low interest bonds needed to purchase Cal Am would be covered by the $19 million annually they now take from us for profit and corporate taxes. This is what Cal Am leaves out of the picture. 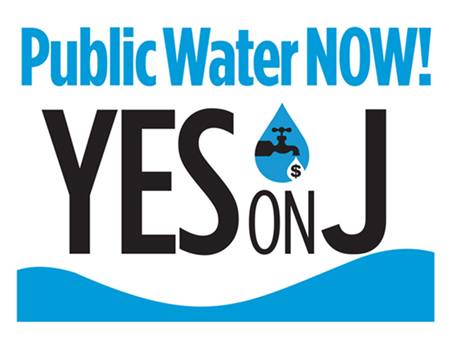